A Taste of History.

The Lumper was a thing of the mashed, roasted, and baked potato past until about eight years ago, when we became interested in this antique tuber.

Through a lot of research and development we managed to get our hands on some heirloom seeds and began the task of cultivating and reviving this little potato.

The Lumper’s strength lays in its ability to grow in poor soil and does not need a lot of tending to, however its advantages stop there. As its name implies, it is not a potato with natural beauty. The original Lumper was quite large in size, knobby and quite lumpy with pale brown skin and yellow flesh. The flavour of the original was some what of an acquired taste.

At Glens of Antrim Potatoes we are creating a smaller more appealing and appetising Lumper to suit the modern palette.

Reviving the potato not seen since the Great Famine.

Until the Great famine in the 1840’s the Lumper was widely grown throughout Ireland with the less fortunate families relying on the Lumper potato for its nutritional value.

When the potato blight took hold it had catastrophic effects for the nation as a whole. Through this period it is estimated that more than 1 million people either emigrated or sadly died from the Island of Ireland.

In Ireland we love our spuds. The Irish Potato Federation lists several popular varieties on its website, including the widely grown, red-skinned Rooster, the traditional, floury Golden Wonder, and the newly developed, highly blight-resistant Orla. 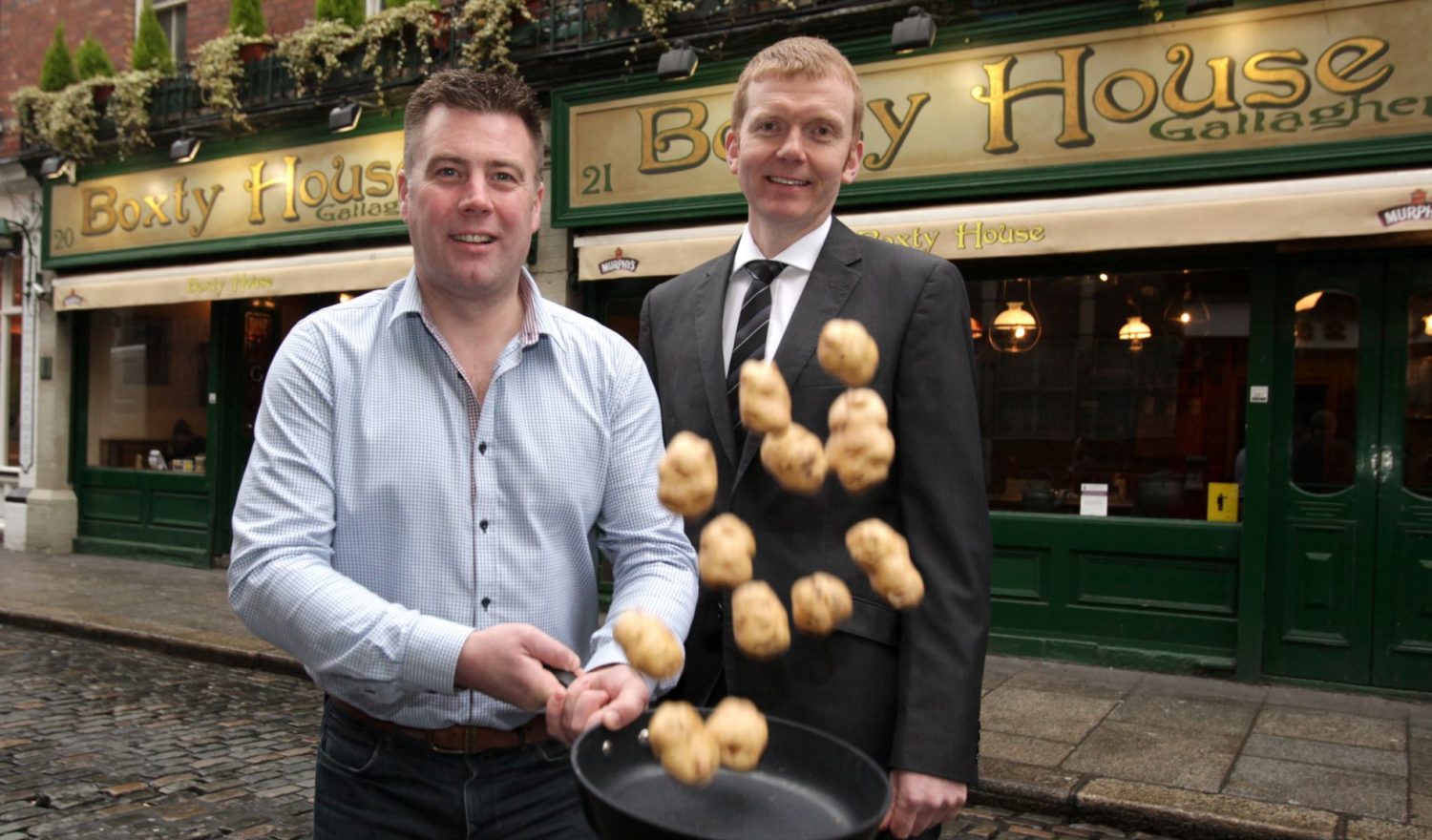 As for the Lumper, Glens of Antrim Potatoes are proud to bring this potato back and are fully aware of the heritage of this antique tuber. We aim to create new products with the Lumper at the heart of this development.

We want to create a new innovative and positive future for this little spud. To acknowledge the history, but commit to the future of this little vegetable, and grow and cultivate a new history for this potato..

Our Range
Our Growers

At Glens of Antrim Potatoes we care about the environment, and we do our utmost to protect the beautiful landscape that surrounds our factory.